Car Chip Shortage: Why Is This Happening? Is It Affecting The Used Car Industry? When Will This End?

Not many people know, but car dealerships are feeling it, and it’s not good. So here’s what you need to know about the car chip shortage in the USA and, as a dealership, what you can do to possibly survive it.

The car chip shortage in America – and pretty much everywhere else worldwide – has been going just right after the pandemic started. Some analysts say that this problem may not disappear anytime soon, while some are hopeful, saying it’s beginning to dissipate as early as now. But, regardless of when the car chip shortage stop, one thing’s for sure; it’s immense pain in the behind for car dealerships, both new or used.

Who would’ve thought that an item so unnoticed such as a car chip (a semiconductor chip, to be precise) can be a threat to an entire industry worldwide? The crash on demand for car chips has gone way too down, and it is happening just when technical innovation is at its fastest.

Chips are needed for cars and other essential things such as laptops, phones, and other devices. Not only that, chips ought to be used in this time of rising socially-based technologies such as renewable energy, artificial intelligence, and electric vehicles. Unfortunately, as of writing, America is experiencing yet another plausible surge of COVID-19 cases and is still having trouble getting microchips from their sources.

So why is there a car chip shortage? Why does it immensely affect the car industry in the country? Will it ever end? And how can used car dealerships survive this problem? You’ll find the answers to those questions here, so stick around.

Read More: Will Used Car Prices Go Up In The Future? Yes, If The Semiconductor Shortage in 2021 Crisis Continues

Why Is There A Car Chip Shortage?

While supply chain managers already have many things on their hands, they can now add rapid economic issues to their list. This is because the car chip shortage plays a massive role in what the car industry faces today. And this car chip shortage is a lesson that everyone in the industry should learn; there are predictable problems in business that will simply catch you off-guard.

Before discussing why there’s a car chip shortage happening, let’s talk first about this car chip that not many of us knew is that valuable. These chips are primarily transistors that are made from silicon, an element found on earth’s surfaces. With these chips, digital devices such as mobile phones, computers, and even appliances can function all their features properly. And since most cars are riddled with lots of digital infotainment and safety features, car manufacturers need these chips, too.

So car chips, no matter the size, become valuable because of the silicon content. In fact, the silicon industry is enormous, accumulating $500 billion a year.

So, why is there a car chip shortage? Well, the answer is simple: the COVID-19 pandemic happened. Since last year, people have been staying in their homes, and most offices allow people to work at home. And as the demand for electronics such as cellphones and laptops increases, so makes the demand for semiconductor chips. As a result, tech companies that used up all available chips and production lagged behind. As the chip demand increases more and more, the supply chain gets slower and slower. This results now in what we know as the car chip shortage.

Limited Sources For Cars To Sell

It is also worthy of mentioning that there’s a global chip crisis because some companies that create chips closed down. This caused an alarm for all the car manufacturers worldwide that they have to cut their production. With only a few new cars produced, most consumers are left with no choice but to take used cars instead. And now, the supply of used vehicles is starting to deplete, making dealers struggle to get cars to sell.

Is The Car Chip Shortage Affecting The Used Car Industry? A Big Yes!

In fact, it is affecting the whole automotive industry in a big way that nobody hasn’t experienced before. There’s a global chip crisis because some companies that create chips either cut back on orders or closed down. This was the first mistake that the chip companies made. Although, with the things happening during the start of the pandemic, it felt rational to do.

But before the pandemic, semiconductor makers were already facing some problems with delivering to the demand of chips worldwide. There were numerous reasons, including issues at the Intel production and the US restrictions on Chinese chip maker’s sales in the country.

This caused an alarm for all the car manufacturers worldwide that they have to cut their production. To possibly dodge the blow, car companies had no choice but to cut their productions as well. They also feared at the beginning of the covid pandemic that car sales may dwindle in a steady way. Thus, they needed to slow down on production costs as well.

However, after the pandemic started, car sales rose as early as May 2020, then continued to grow again in the next four months. This caused another alarm again for both car dealers and manufacturers as they are running out of vehicles to sell. And when the car companies turned to the car chip companies, there’s no chip available to be used.

Read More: What Are The Biggest Threats To The Automotive Industry

When Will This Crisis End?

Analysts and car market experts initially believed that car chips’ demand and supply ratio will end before 2021. However, with the rate of the pandemic still going, they fear it won’t end until 2023. But there’s a lingering hope for this issue; we just need to wait until the end of this year to really analyze when this car chip shortage ends.

Yearly, market analysts have observed that the fourth quarter has the slowest demands for vehicles. So this may be an excellent opportunity for chip companies to catch up on the skyrocketing supply. With the average car sales demand in the fourth quarter, the shortage may end by the 1st half of 2022. But if the market for vehicles remains strong by then, then the deficit may continue to persist until the first half of 2023.

According to a report by IEEE Spectrum, a slew of analysts believe that there’s a big chance that the car shortage will finally ease before the year ends. But, it would take much of the following year for chip suppliers to spring back to the supply chain. Although both local government and private companies are adamant in looking for ways to counter the problem, analysts also say that it may take some time for their efforts to bloom.

While experts advise car dealerships to wait for what’s going to happen in the fourth quarter, there are some things that dealers can do to keep their businesses afloat during the car chip shortage. Below are some tips to ponder.

Is Double-Ordering A Bad Thing?

Double-ordering is when dealerships buy two of a kind of each vehicle. This is a practice done to make sure there are enough vehicles in their inventory. Though it’s not necessarily a bad thing, it might be an issue right now with the car chip shortage. That is because it could be a potential roadblock to ending the chip crisis. When dealerships double-down on their vehicle orders, it’s going to be hard for car industry heads and analysts to determine the quantity of supply and demand. In addition, double-ordering may also leave other dealerships with no vehicles to sell.

Although we understand dealerships have to stock their inventory up to keep the business going, double-ordering may do more harm than good. And it will not just affect one dealership but the entire industry in the long run.

One of the problems the car chip shortage brings to the used car dealerships is low inventory. And since the chip shortage made it hard for dealers to look for cars, there’s no other way but to be more resourceful. One way to ensure the inventory won’t go empty is to look for private sellers and buy their vehicles. You may jump from Facebook page to Craiglist and a dozen other classified ads so you can hunt those who are selling their cars and make them an offer.

Be wary, however, when you negotiate with car sellers online. Some of these sellers have shady agendas that you may not get out of once you’re trapped. So always ask for some papers and scan the vehicle’s VIN using a vehicle software tool online for free. Also, ask if they have a vehicle condition report. If they do, you can tell that they’re legitimate.

Battle It Out At The Car Auctions

And the last tip we can give to survive the car chip shortage is to be constantly on the lookout for car auctions. Back in the day, you can only attend car auctions in your area. Now, anyone can join at any state car auction they’d wish to attend, thanks to the Internet. And since we have a car chip shortage, hundreds of car dealerships will be in attendance, so practice patience as the competition can be intense.

Don’t be too timid but don’t go overboard with raising your bid as well. Otherwise, you may spend more than what you bargained for. But if you really have to, make sure that you will get your ROI from each bid you win. You can determine the maximum amount you can bid by using a car valuation tool. A car valuation tool collects all vehicle value information from thousands of sources to know the average price. Aside from being a great tool to use during the auction, it also is an excellent tool for your dealership. The car valuation tool is valuable in determining the prices of cars.

Read More: Why Do Dealers Buy Cars At Auction?

Whether this car chip shortage will end soon or not so soon, only time can tell. But with the tips provided, your dealership may be able to find some solution to keep your inventory stocked and your business engaged. We hope you find these tips valuable and share them with other car dealers so these tips can help them, too.

Be ahead of your dealership game by becoming more online ready. Click on the link to get started.

PrevPreviousCars For College Students: 5 Of The Best Vehicles For The Collegiate
NextCarketa Dealers Sell Better Cars. Here Are The Reasons Why.Next

TikTok For Business: Is TikTok The Right Tool for Marketing Your Car Dealership?

Some Things You May Want To Know About The NIADA 2021

Carketa Dealers Sell Better Cars. Here Are The Reasons Why. 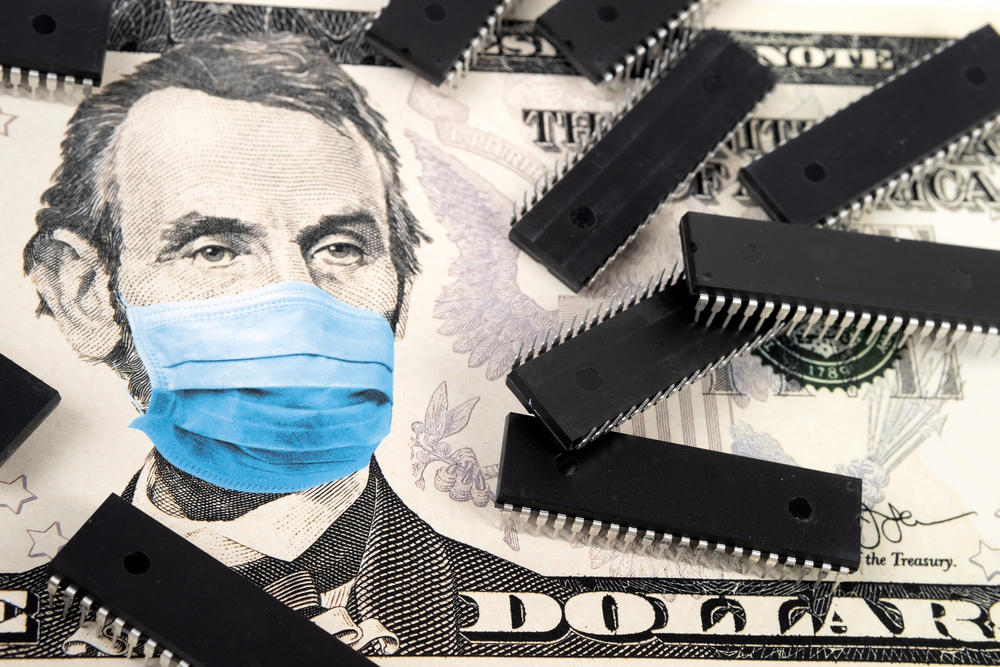 Car Chip Shortage: Why Is This Happening? Is It Affecting The Used Car Industry? When Will This End? 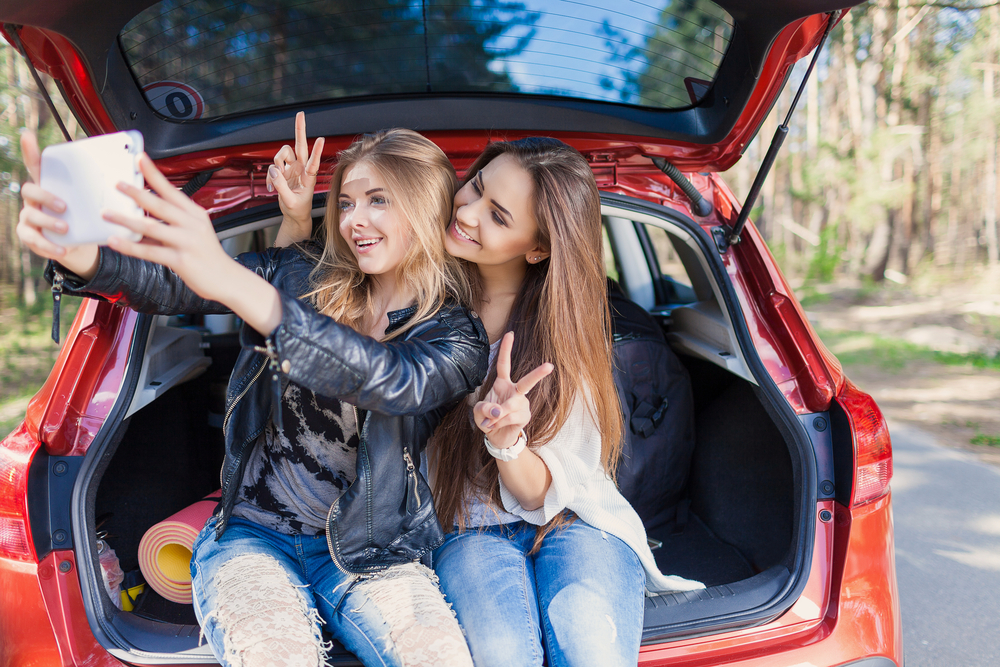 Cars For College Students: 5 Of The Best Vehicles For The Collegiate 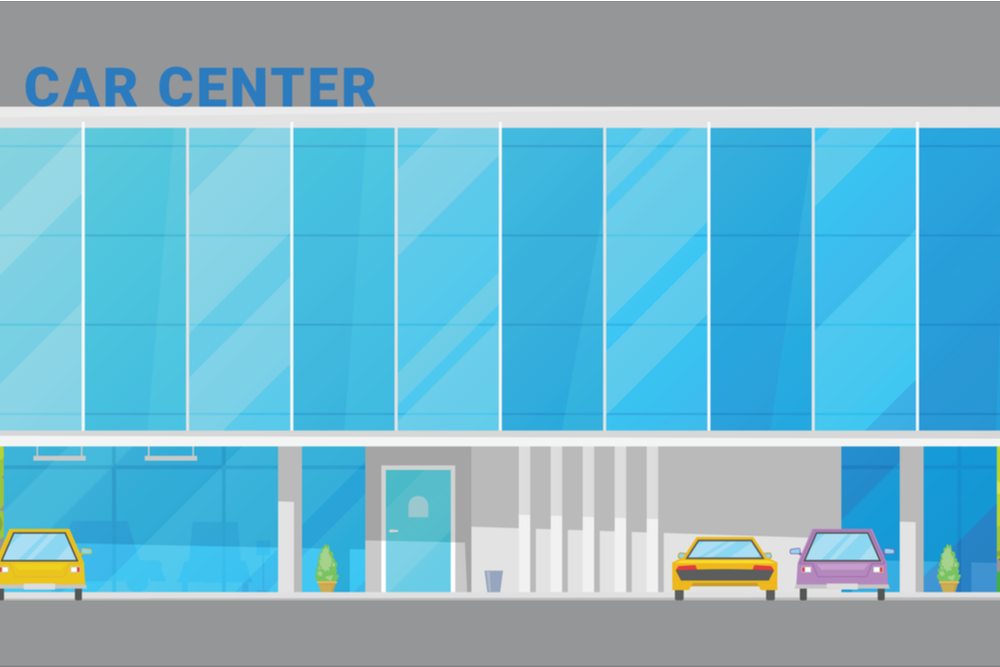